Supercharge your PC’s with the latest nVME SSD Hard drives

If you’re tired of waiting for Outlook to load your emails or having to wait minutes in-between opening excel spreadsheets, you may want to consider upgrading your computer storage. In today’s small business environments; simultaneous computing is a very common and an often-needed ability, yet many PCs are struggling to keep up due to the read / write requirements of modern applications. This is where upgrading your storage can benefit you and increase your productivity.

The most common and slowest type of hard drive is the Hard Disk Drive (HDD) – the way it works is it stores data on a physical disk (think vinyl record style disk) inside of the chassis using a magnetic charge. It comes in a few different speed options although none of them come close to the next type of drive. The main advantage of an HDD is that it is cost effective for a large amount of storage. This meaning that it is rather low cost for a significant amount of data storage compared to the other storage options. If you need to store a large amount of data and do not care about how fast you access it – HDD is the choice.

Next is Solid State Drives (SSD) – the way this one works is using the same magnetic charge style storage as an HDD but without the moving disk inside the chassis hence the name Solid State. In terms of speed; SSDs are around 5x faster than HDDs but come at the cost of being more costly for the same amount of storage, around 1.5 times more costly from our experience. This price difference is rather low for smaller disk sizes used in laptops / workstations but when used in Servers / infrastructure the price difference is quite notable. Our recommended usage is to use SSDs on smaller storage requirement devices that require good read / write speeds (ie; Laptops, Desktops and Workstations) as the difference between an HDD and SSD is very noticeable.

Lastly, we come to the highest performance option, the Non-Volatile Memory Express Drive (NVMe Drive). The main difference between the NVMe drives and its counterparts is the way it accesses the data, instead of using an IDE or SATA connector it is instead plugged directly into the PCI Express slot for faster read / write speeds (if you don’t understand the difference between the connectors just note that the PCI connector has the word ‘Express’ in the name). In terms of speeds, NVMe drives offer 4 times the speed of SSDs which is incredibly fast considering the SSD is already 5 times faster than the HDD. The drawbacks of this being that the system needs to have PCIe slots (which are quite common) and the price. NVMe drives are around 1.2 times the price of an SSD equivalent. This can get quite costly for use in server / infrastructure but for regular user computers / laptops this price is quite manageable considering the speeds it provides. If you need the performance and don’t necessarily care about the costs, NVMe drives are the call. In conclusion, NVMe drives are the fastest and most expensive followed by SSDs which offer a nice middle ground in terms of speed / price and lastly there are HDDs which should only really be used for storage of files and other systems that aren’t actively used (think backups). NVMe drives are 4x faster than SSDs and 20x faster than HDDs whilst being nearly 1.2x the price of SSD equivalents and nearly 2x the price of HDD storage equivalents. The storage solution you use will be dependant on your speed requirements and cost dependencies. If you are willing to spend a bit extra you can get significantly faster speeds which can reduce load times and increase productivity although you should consider upgrading if your Hard Drive is struggling to keep up with your application usage. 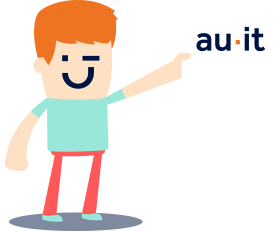